Home » Otterbox » Just what is the Difference between Otterbox Defender and Commuter Cases? {Review} 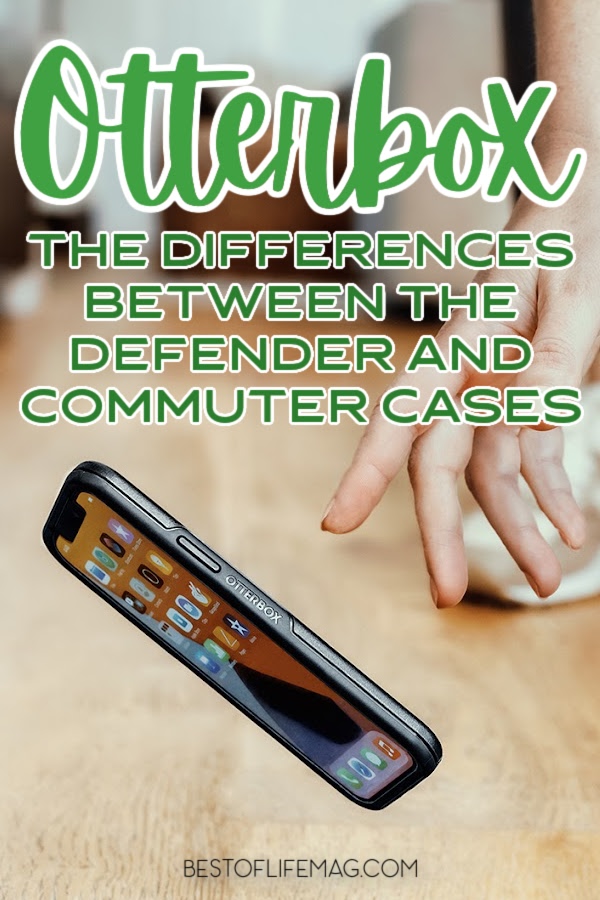 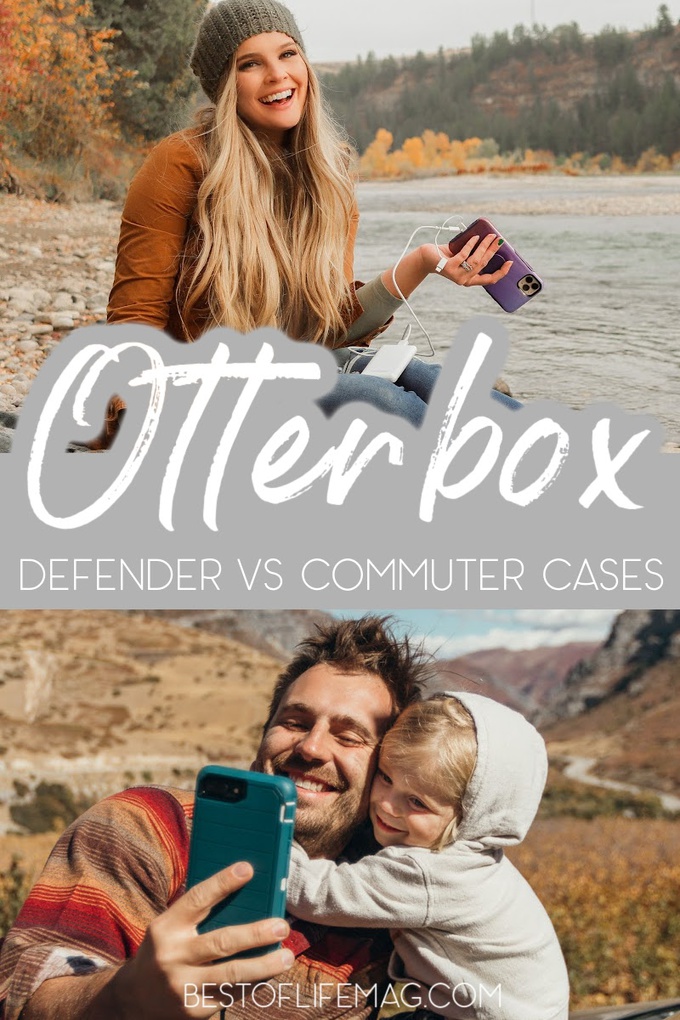 After you have finished reading about the difference between the Otterbox Defender and Commuter Cases, be sure to look at these Otterbox Case Reviews and Otterbox Case Comparisons.  They will help with all of your shopping needs for Otterbox cases.

What started as a jab joke at CES quickly became a mission. During our four days at CES, my friend Becca (who has a slight cell phone case addiction) and I saw hundreds of phone cases.  Hundreds for her iPhone and every other phone known to man, but no one seemed to have a case for my current Android at the time, the HTC One Max.

By the time we met with Otterbox, I truly was coming to think that finding durable and strong Android cases was mission impossible, which is the LAST thing that should happen at CES.

Otterbox showed me not one, but two of the strongest cases for my phone: the Otterbox Defender and Otterbox Commuter cases. 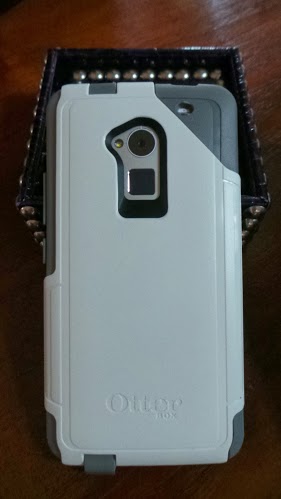 .  I love the clean look of the case and the white and gray color combo is sleek. 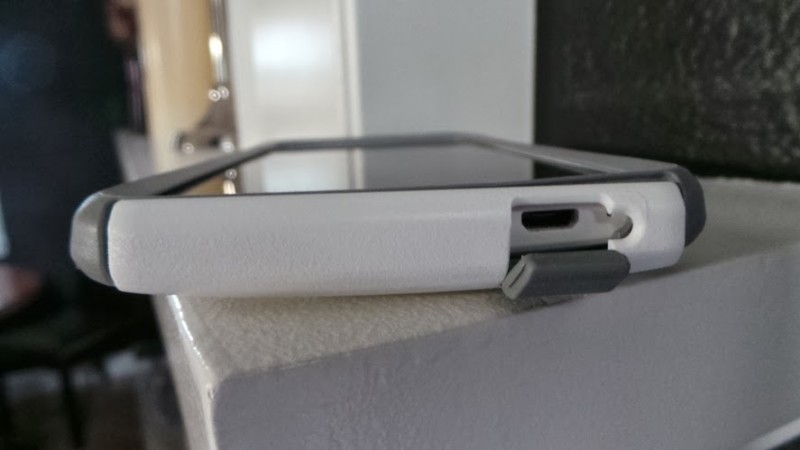 The Otterbox Commuter Series is perfectly designed with two layers of protection for someone like myself where I want to protect my device in a fairly typical “daily life”.  It is nice to know that my phone is protected from drops, scrapes, and bumps that are simply going to happen – it’s just a matter of when.

The ports are also really easy to access on the Otterbox Commuter Series.   The covers keep out dust and debris but I also found them to really protect the ports from the random small objects that float around in my purse. 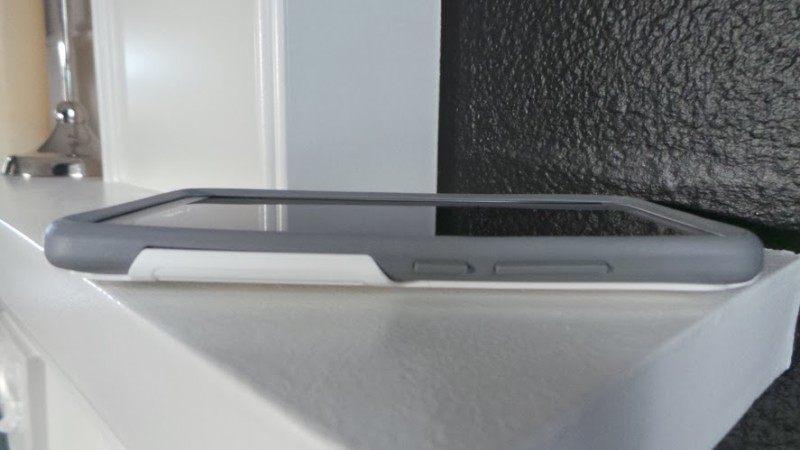 The Otterbox Commuter Series is smoother on the exterior than the Defender Series which does allow it to slide in my pocket and my handbag pockets with ease.  As I said the protection provided by the Commuter Series case is two-fold.

An adhesive screen protector comes with your case to prevent scratches and your device is protected by an inner silicone layer and then partially wrapped in a polycarbonate outer. 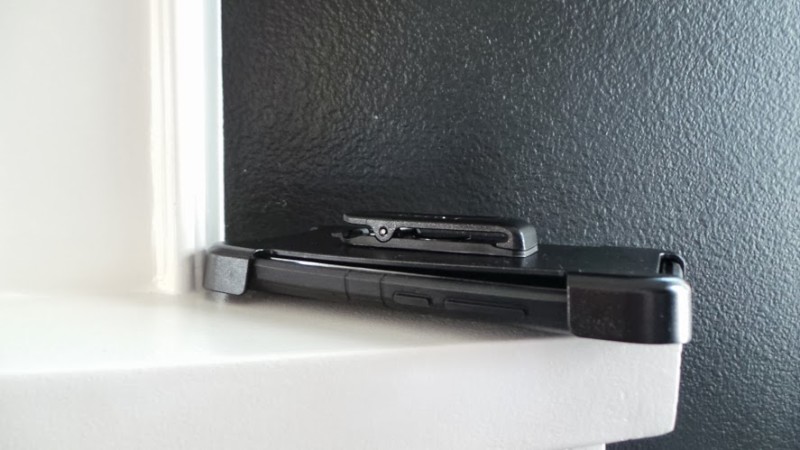 After almost two weeks with the Commuter case, it was time to test another Otterbox case

– the Otterbox Defender on my phone. The Defender Series is definitely more rugged than the Commuter Series and is geared toward heavier users that need more protection or would like the flexibility to add more protection as needed in their life. 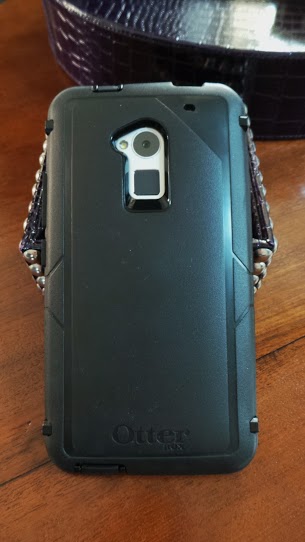 The Defender Series comes with a built-in screen protector to guard against scrapes for heavy users.  (I performed a bit of surgery and removed it. 🙂  I love the screen on my Max and didn’t like the barrier.)  With three layers of protection, your phone is truly protected with the Defender Series.

The outer layer on the Defender case is silicone as compared to the polycarbonate outer on the Commuter Series. Port protection in both cases is equal regardless of the layers being different.  Another key difference on the Defender Series is the belt-clip holster that offers convenience for those that need their phone accessible on the job and while enjoying life on the go.

Plus, it swivels. If you watch a lot of movies on your phone, the clip also acts as a kickstand for hands-free media viewing. 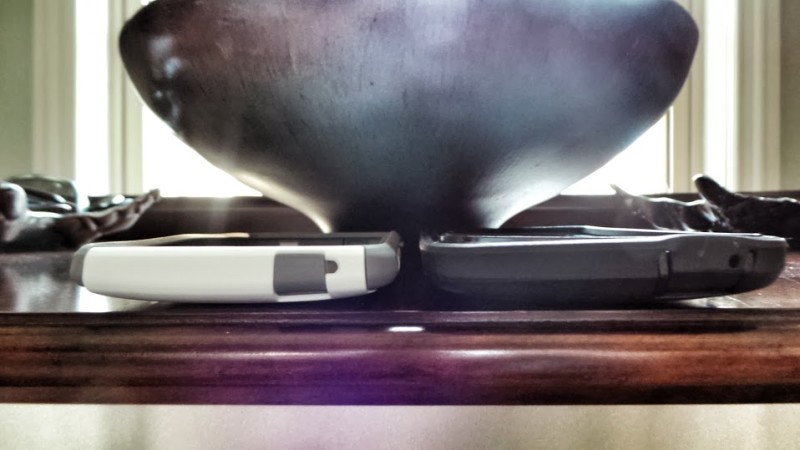 I have to admit – I went into using the Otterbox Defender thinking that I would not like it as much as the Commuter. And was completely surprised when I was torn as to which one I liked better.

After testing the Otterbox Defender and Commuter Series cases, here is where they rank:

In the end, my vote is for the Otterbox Defender case solely because the Commuter makes the buttons harder to push. If it were based on form factor and design, the Commuter Series has my heart.

Otterbox Symmetry Vs Defender Case Comparison | But there are still comparisons that can be made since the Otterbox family of products is so large.

Otterbox Agility Tablet System Review | There are also cases for tablets that could make life easier using one.

Otterbox Universe Case System Overview | Otterbox is just good at what it does, protects our devices and does it in a stylish way.